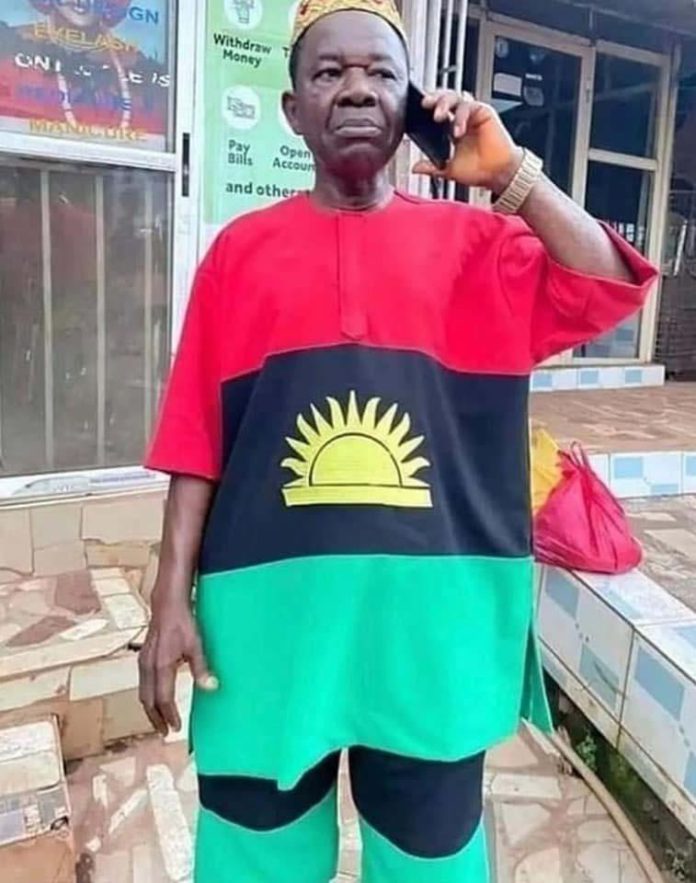 The Nigerian army has confirmed that it arrested actor Chiwetalu Agu for wearing an outfit bearing the flag of the proscribed Indigenous People of Biafra (IPOB) and inciting people to join it.

IPOB is a group that wants a breakaway state in south-east Nigeria.

The army denied reports that the actor was assaulted during the arrest, saying “he attempted to put up some resistance”.

He will be questioned as investigations go on.

Ipob was banned in Nigeria and the army said Mr Agu’s activities to popularise it were in contravention of the law.

The army says it recognises the freedoms enshrined in the constitution as long as they do not threaten national security.

The army shared a photo of Mr Agu being questioned while wearing the outfit: