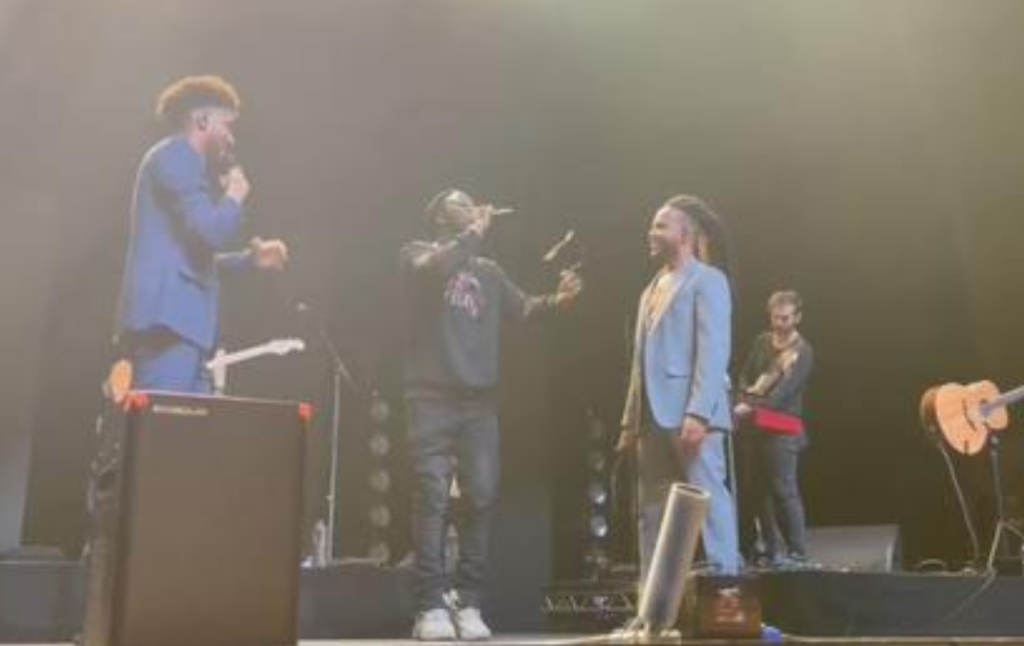 Calema, a popular Electronic Kizomba music group sensation, over the weekend treated patrons to a different kind of entertainment at the Indigo O2 in London.

Brothers Antonio and Fradique, who hail from São Tomé and Prínciple, were spot-on with their performance, according to fans.

The icing on the cake, however, was when Ghana’s Stonebwoy, who was introduced by the music duo with origins in Portugal to the charged and excited audience where they performed for the first time a remix of the duo’s hit single Te Amor.

The electric move of the performers and party lovers transitioned the cold Saturday mood into a steamy unforgettable night.

Angola’s singer Pérola and Soraia Ramos, a well-known Portuguese artiste/band and a host of others, were all at hand to make the event complete.

“My best yet, the first concert in London left me and others wanting for more.”

The five-hour concert got every little space in the arena occupied with thousands of music lovers from all walks of life together.

Calema is a music duo from São Tomé and Príncipe with origins in Portugal made up of two brothers António Mendes Ferreira and Fradique Mendes Ferreira. The name of the duo refers to the special undulation on the African coast.

In February 2019, the group was announced as the composers and interpreters of the song ‘A Dois’, which participated in the Festival da Canção 2019.

In 2021, Calema was also featured in a song by Moroccan superstar Saad Lamjarred in ‘Enty Hayati’ (in Arabic إنتي حياتي meaning you are my life).

The song is trilingual in Arabic, Portuguese, and English with an accompanying music video. They have over 20 songs and two albums to their credit.