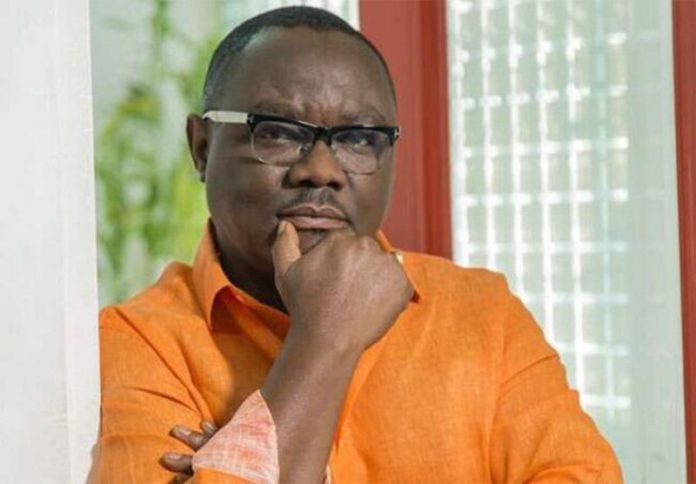 Award-winning filmmaker and Chief Executive Officer of Farmhouse Productions, Ivan Quashigah, has shared why he cried when he was posted to the National Service Secretariat (NSS) headquarters to serve the country.

After completing the National Film and Television Institute (NAFTI), he expected to work in places like the Ghana Film Industry Corporation, Ghana Broadcasting Corporation and a few independent video marts.

These entities, he believed, will allow him to utilise his skillset and not the NSS.

“So I even thought I could work at NAFTI itself as a teaching assistant, but a British volunteer from the NSS came to work at the Institute’s video unit and went to ask about the best students to support his work,” he disclosed in an interview with Rev Erskine on YFM’s YLearderboard Series.

“My name was mentioned so my forms were taken and I was sent back to the National Service Headquarters.

“I cried because I felt there was nothing for me to do at the National Service headquarters and I could not impact all the knowledge I had acquired all the years I was in school. But all the same, I could not change it, so I just maintained it,” he said.

He emphasised that being at NSS for a while, he was told they were going to be producing the 20th anniversary documentary of the National Service Scheme which meant, “We were supposed to go to every region and district in Ghana to produce the whole of that year.”

His previous experience in school and out of school made the production relatively easy for him to achieve and he ended up enjoying the journey.

He said that at the end of the day, he believes the whole experience allowed him to see every region and district of the country and get him prepared for his future.

“One of the things I have learnt is that the change came and although I was disappointed, I realised God had a bigger plan for me and I had no idea of it, and that is why I kept complaining. But after everything unfolded, I realised it was worth it,” he mentioned.