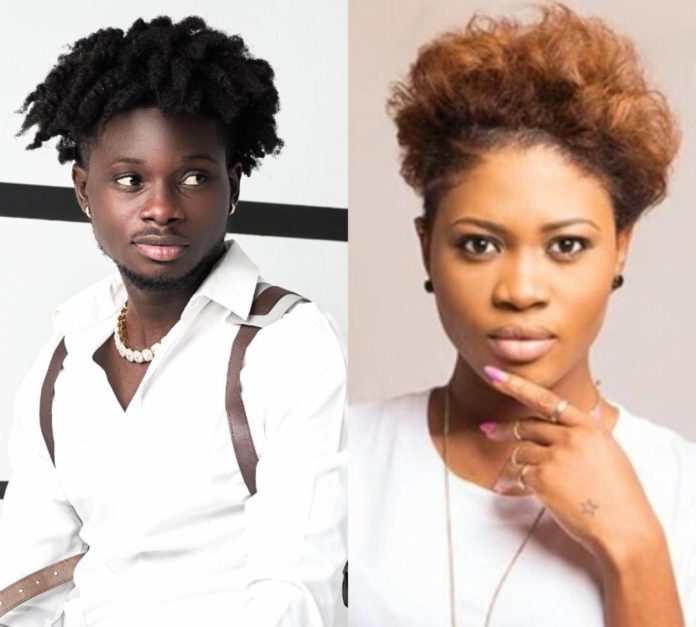 Tension is brewing between former and present signees of Lynx Entertainment, Eazzy and Kuami Eugene as the latter has thrown a subliminal shot.

Speaking during an interview on an Accra-based radio station, Kuami Eugene said he would never feature his former colleague.

Asked why he wouldn’t want to work with Eazzy, Kuami Eugene did not explain but insisted there was no bad blood in their camp.

He went on to say that he is not as hypocritical as other artistes who hide their true feelings for the sake of being in the good books of others.

Kuami Eugene added, without hiding his feelings, that his decision was final, insisting there is nothing Eazzy can do about it.

It is believed that his latest comment is a reply to Eazzy’s April 30, 2019 interview on Joy FM, where she listed Eugene as one of the three artistes she wasn’t ready to have a collaboration with.

Among the people listed was Patapaa as Eazzy explained her decision wasn’t meant to trash the former’s work except to say that their style of music doesn’t match.

She touted KiDi, who is Kuami Eugene’s labelmate as the one she would rather prefer, based on the “texture of his voice, composition and the tone with which he sings”, adding that she believes KiDi would do a better job for her.

Eazzy made the disclosure having critiqued Eugene as one of the guest judges of MTN Hitmaker when he was a contestant in season 5.