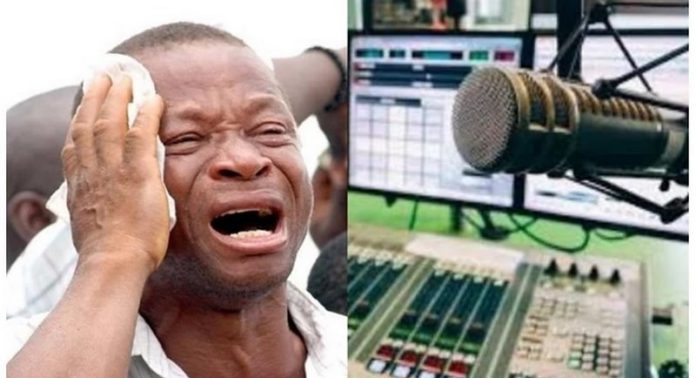 A man has lost his girlfriend to another man after mentioning her phone number on a live radio programme in a bid to apologise to her following a quarrel.

It appears that the heartbroken man revealed too much information on the radio programme before disclosing her contact number in addition.

Well, another man who thought he deserved the lady more than him, probably because he had treated her unfairly grabbed the advantage to woo her and she is now with him.

The hilarious but painful story was shared by a Twitter user, @Haykayauthentic on his page.

He disclosed this while replying to a tweet by another Twitter user who was vowing never to put his relationship affairs on the radio in a bid to seek advice.

According to @Haykayauthentic the lady in question is currently dating his friend and prepares the best jollof rice he has ever eaten.

“Make me remember when a guy called on a radio program, asked them to help him call & apologize to his Gf he slapped then gave out her number on air.

“Well, my friend called her, talked all night. She’s here now and her jollof rice is the best I’ve ever tasted,” @Haykayauthentic wrote on Twitter.