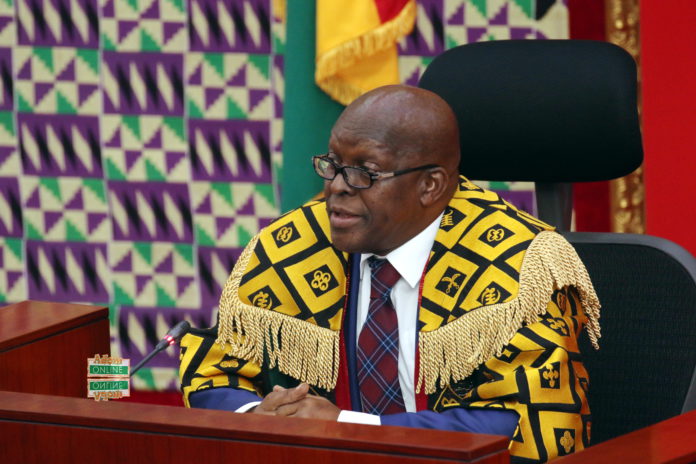 Deputy Minister for Roads and Highways, Stephen Jalulah, has said the Speaker of Parliament, Alban Bagbin, has no right to give a directive nullifying the cessation of road tolls as announced by the Roads and Highways Minister, Kwasi Amoako-Atta.

According to him, the Ministry is of the view that such a decision should come from a consensus reached in Parliament and should not be a unilateral decision made by the Speaker.

“We respect the Speaker and we know he is an authority in the country, but with this particular issue, we think he was wrong and so we won’t accept his directive,” stated Mr Jalulah in an interview on Adom FM’s morning show Dwaso Nsem on Friday.

Roads and Highways Minister, Mr Amoako-Atta, gave a directive for the immediate cessation of the collection of road and bridge tolls, after the Finance Minister, Ken Ofori-Atta, had proposed it in the 2022 Budget delivered to Parliament in Accra on Wednesday, 17th November 2021.

However, in a later ruling on the matter, the Speaker of Parliament, quoting the introductory statement of the budget statement said what was before the House was a proposal, and until the House approved it, it could not be implemented.

He said the Minister had no authority to issue the directive, and that proceeding to implement the directive could amount to contempt of Parliament.

But in a U-turn, the Roads and Highways Ministry said the directive issued by the Ministry for the cessation of road tolls was to suspend the operationalisation of the toll and not the law.

A press release issued from the Ministry of Roads and Highways indicated that the earlier directive by the Minister to suspend the collection of tolls by 12:00 am on Thursday was to “avert some unfortunate events” that happened at toll booths across the country.

But throwing more light on the statement, Mr Jalulah said his boss’ actions were to prevent the loss of lives and destruction of property at some toll points.

He said the second statement was to only announce that tolls at that moment were not being collected and as such no Ghanaian was to pay tolls at any of the tolling stations.

Asked if the directives were not in breach of the law as indicated by the Speaker, Mr Jalulah answered in the affirmative and noted the Ministry is ready to defend its decision.