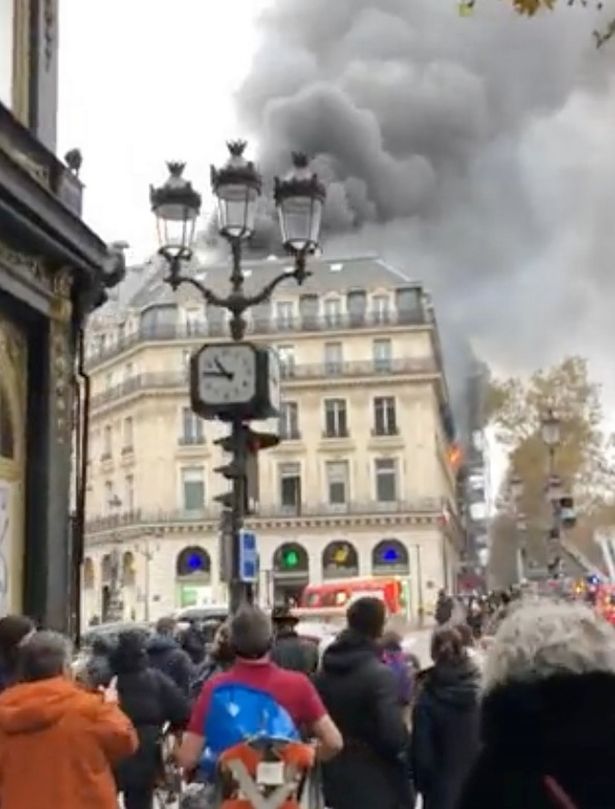 A huge fire has broken out near Paris’ iconic opera house according to reports on social media.

Images and videos shared on social media show smoke engulfing the French capital city, with Parisians taking to the streets in order what is going on.https://get-latest.

A clip posted by French TV channel BFMTV shows emergency services at the scene of the blaze on Boulevard des Capucines, near Place de l’Opéra, where Palais Garnier is located.

The road has been closed while firefighters tackle the inferno and people have been asked to “avoid the area and do not unnecessarily clutter emergency lines” by the fire services.

Black smoke can be seen coming out from two windows in a building on the boulevard, with flames visible from the street.

The Prefecture de Police said in a statement on Twitter: “Firemen are intervening, avoid the area.”

Wladimir Garcin-Berson, a journalist working for French newspaper Le Figaro, posted on Twitter that the fire affected several floors in the building above the Benetton and the Five Guys on the boulevard.

He said firefighters, who were called to reports of a fire at around 10:30 am local time, could be seen dealing with the incident on the second floor of the building.

A firefighter told reporters the blaze began on the third floor and hit parts of the fourth floor as well, with their operation likely to last up to four hours.

Emergency responders said housing is located on the last two floors of the building.

The cause of the fire is unknown and no casualties have been reported at the moment.