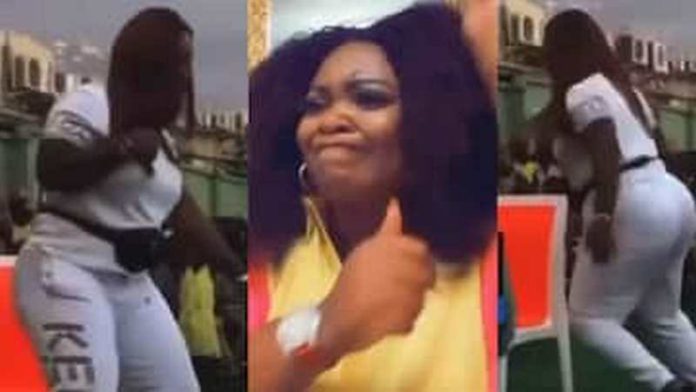 Popular Ghanaian actress, Jackie Appiah, fell flat on the ground during a musical chair competition in a new video.

The actress displayed her playful side when she competed with another lady.

As it is done, they danced around the single chair with music being played in the background.

With so much alertness, the two ladies stumbled over each other in a bid to be the first to sit when the music stops.

In the end, Jackie was very close to the chair and tried to sit only for her competitor to pull the chair for herself.

As a result, Jackie fell on the ground in her white attire and was only helped up by the organisers of the show.

Those around rushed to take photos and videos of her and are seen in the video pointing to her as the winner.

The actress herself was unperturbed about her falling as she was not hurt, and is seen smiling brightly after she got back on her feet.