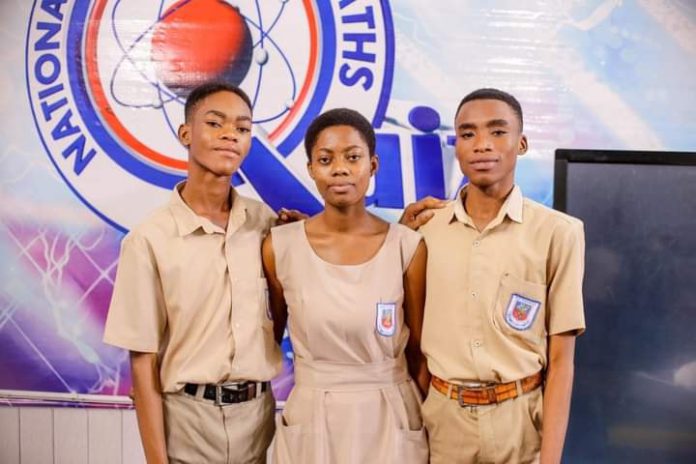 The performance of some Senior High Schools (SHS) known as ‘underdogs’ in the ongoing National Science and Maths Quiz (NSMQ) has been attributed to government’s flagship Free SHS policy.

According to former Central Regional Chairman of the National Democratic Congress (NDC), Bernard Allotey Jacobs, government must be given credit for the sterling performance of students from such less endowed schools.

The NSMQ has taken a new twist as big schools including former champions, Adisadel, Pope John’s, Mfantsipim, St. Augustine’s, St. Thomas Aquinas and Achimota among others have all exited the competition.

However, Chemu SHS, Tamale SHS, KNUST SHS for the first time made it to the semi-finals stage of the competition.

The star school, Keta Senior Technical School (SHTS) shocked everyone when they beat Wesley Girls’ SHS and Tamale SHS to book a place to the finals of the competition.

This shocking feat chalked by these “underdogs” has been attributed to the free SHS by Mr Jacobs.

Speaking on Asempa FM’s Ekosii Sen programme Wednesday, he said the investment made in education by the Akufo-Addo government is bearing good fruits.

“At first only A grade schools were participating in the Science and Maths Quiz but now free SHS has given underdog schools the opportunity to shine,” he said.

He said the success of the 2021 NSMQ is an indication that, the free SHS policy is having a positive impact in Ghana’s education system.

Three schools, Prempeh College, PRESEC Legon and Keta SHTS will be fighting for the coveted trophy on Friday, November 26, 2021.

Absa Bank Ghana is a lead sponsor for the NSMQ organised by Primetime Limited in partnership with the Ghana Education Service.