There won’t be any sky train in Ghana, it’s not possible now – Minister for Railway Development 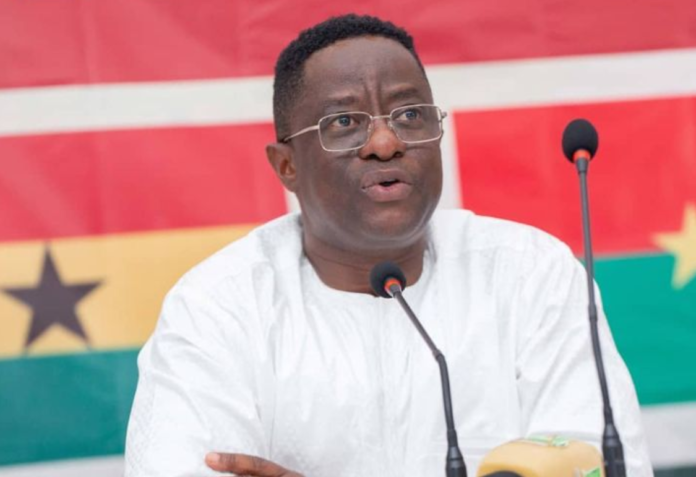 The Minister for Railway Development, John Peter Amewu, has said the government would not be able to construct any sky train in the country.

According to him, it is not possible to do so.

In November 2019, the government through the then Minister for the sector, Joe Ghartey, signed an agreement for the construction of the Accra SkyTrain Project on the sidelines of the African Investment Forum in South Africa.

The proposed initiative in Accra provides for the development of five routes, four of which are comprised of radial routes that originate at the proposed SkyTrain Terminal, at the heart of Accra, at the Kwame Nkrumah Circle, and one route that provides an intra-city commuter loop distribution service, also emanating from Circle.

The project envisaged a total track length across all routes of 194 kilometres.

Subsequently, the management of the Ghana Railway Development Authority disclosed that feasibility studies on the proposed sky-train project in Accra had been completed.

The Chief Executive Officer (CEO) of the Authority, Richard Diedong Dombo assured that government will begin implementation of the project after scrutinizing the report it has received.

“The sky trains are on an elevator platform rather than underground. They will be running on platforms over the city of Accra. It will be a community train and not an intercity one. At the moment, the feasibility studies have been completed and it is being studied before the contract is signed,” he said in a Citi News interview.

However, speaking on Citi TV on Tuesday, November 23, 2021, the current sector minister, Mr Amewu said the government would not go ahead with the sky train project.

According to him, the government cannot fund the project because it is capital intensive.

“The sky train that we are talking about is the one that is going to run on columns in the sky like the ones you see in Dubai but no agreement has been signed.

He also added that funding for the construction of some of the already started projects is becoming problematic for the government.

“Rail construction takes a lot of time and it is also capital intensive. A kilometre of a railway line is about four to five times the cost of building a concrete infrastructure in terms of building an asphaltic road.”

“So considering the fiscal space that we have in the country, facilities to absorb it is becoming problematic for the government and you know our current debt to GDP which is in excess of 70%.”