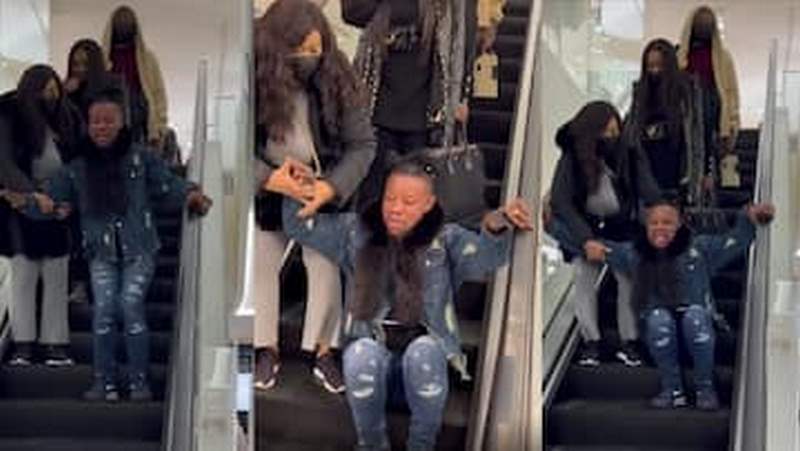 Kumawood actor, Nana Yeboah, has caused laughter all over social media after he was spotted in a video trying to descend a flight of escalator stairs in faraway France.

In a funny video on Instagram, he was seen in the company of other colleague actors including Jackie Appiah.

It appeared they had gone shopping in a mall in France and were leaving when the video of them descending the escalator was taken.

Everything was going well until the escalator started descending and it appeared to have startled Mr Yeboah.

All of a sudden, he took off his nose mask and asked one of his colleagues to assist him as he appeared all jittery.

The Kumawood star, noted for his ‘pepper mouth’, appeared to have been humbled by the invention and ended up even sitting on the descending flight of stairs.

When they got to the bottom, he appeared to have gained his confidence back and was heard saying something that got the rest laughing out loud.

From the looks of it, he just wanted to create some fun and laughter for his fans and followers to have a feel of his mischievous ways.